The landscape within South Africa and globally is becoming increasingly urbanised and developed. The development of previously open space that served as areas from which flow to downstream watercourses originated has now been converted to hardened surface with stormwater flows typically channelled to certain portions, or away from, watercourses. The previous suite of specialist assessments conducted for the receiving, or at-risk, aquatic habitat treated the watercourses as isolated systems, with little to no consideration given to the effect that a proposed development may have on the dominant surface and sub-surface flow paths of water through the landscape. The broader catchment areas from which the wetlands and rivers are fed have not yet been considered in the conservation and management of these valuable water resources. The field of hydropedology aims to define and utilise the soil-hydrology flow paths within the terrestrial component upslope of wetlands within the broader catchment areas to aid in the conservation and management of these previously isolated systems.

Hydropedology is not a new science, but has recently acquired national attention as its value is being realised at various spheres within government, specifically within the Department of Human Settlements, Water and Sanitation (DHSWS). The Water Research Commission (WRC) (2019) defines hydropedology as the study of the hydrological interaction of water with soil and the fractured rock zone. Its application essentially makes it possible to identify water resources and flow paths within the hillslope of a watercourse from crest to the watercourse itself. The flow diagram below by van Tol, le Roux and Lorents (2017) illustrates the processes and properties analysed when conducting a hydropedological study, the outputs and how they can be used in practice. 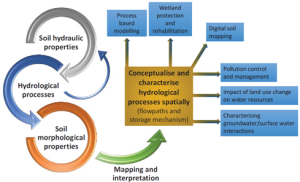 In recent years, hydropedology studies are being used more and more to provide input into the Water Use License Application (WULA) process. The primary purpose of this is to bridge the gap between current studies such as wetland, aquatic and geohydrological impact assessments and the flow characteristics within the landscape which feed the surface and sub-surface water resources. In doing so, more informed decisions can be made by the competent authorities and site-specific license conditions prescribed to conserve the dominant flow paths. The results can also inform the developer of the lateral flow paths present onsite, and in doing so allow for a proposed development team to better plan around the anticipated flows down the hillslope environment. In doing, infrastructure can be protected and so to can the downslope watercourses.

Depending on the type of proposed development there are varying levels of hydropedology studies, guided by the Guideline for Hydropedological Assessments and Minimum Requirements developed by Val Tol et al (2021) in consultation with the Department of Water and Sanitation (DWS). The guidelines were developed to standardise the hydropedological survey methodology to identify dominant hydrological drivers and responses of landscapes in order to quantify the impact of new development on water resources (Van Tol et al., 2021). All hydropedology studies conducted for the WULA process must follow the guideline document. The guidelines have been divided into four (4) steps to firstly provide a step-by-step methodology to be followed by the hydropedologist, and secondly to differentiate between the different levels of assessment requirement for different scales of development. These phases include (Van Tol et al., 2021):

Step 1 involves the identification of hillslope catenas using general topographic information and the change thereof, as well as land-type data applicable to the study area. This is typically conducted at a desktop level. A physical site survey is then conducted at Step 2, during which the predetermined hillslope catenas are surveyed and soil observations are made at intervals not exceeding 100 m. The first few pits or auger samples will give you an indication of what the general soil forms and characteristics down a specific topographic position, or land type are, which will inform the intervals required. At each observation point, the soils are classified and described using the South African Soil Classification system (Soil Classification Working Group, 2018) and morphological properties are noted. This is done to determine how water may flow through the different soil horizons and interfaces (e.g. between bedrock and soil). The different soil forms situated along the catena transect are then grouped into one of seven hydropedological soil groups, namely: Recharge (deep and shallow), Interflow (A/B horizon or soil/bedrock interface), Responsive (shallow or saturated) or Stagnating, which are soils where the dominant flow path is upward driven by evaporation. The hydropedological soil groupings and their dominant and sub-dominant flow paths are then visually presented.

More detailed analyses are required at Steps 3 and 4. Soil samples are collected from representative horizons and analysed for various properties under laboratory conditions. The results of the testing, among other catchment-specific characteristics, are then used as input into a hydropedological flux model, which is used to simulate the flow responses in a pre-and post-development state. This can be used to gauge the anticipated flow losses to downstream watercourses that could be realised as a result of a specific development. It can also be used to model different buffer zone scenarios to determine which is best for conserving the lateral subsurface and overland flows to the downstream watercourse/s. All in an effort to preserve the natural dominant flow paths, and sustainably integrate development within the landscape. 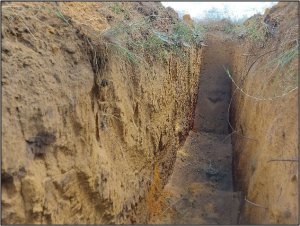 The guideline indicates that Steps 1 and 2 must be conducted for any WULA or environmental impact assessment that has been communicated by the competent authority to require a hydropedology study. However, Steps 3 and 4 are typically only required where a large alteration in land use occurs within a catchment area. Examples of proposed developments that trigger the need for Steps 3 and 4 are large-scale mixed-use development, pipelines, dams or opencast mining. It can be assumed that whenever a development may obstruct lateral flow paths through the soil medium, and in doing so alter flow availability to downstream watercourses, a hydropedology study will most likely be required. However, this is subject to conducting a pre-application meeting with the relevant competent authority.

The importance of the preapplication phase should never be underestimated. This is an opportunity to lay the foundation for the project by determining the exact expectations from the relevant case officer. A discussion around the exact triggers of the proposed development and specialist study requirements must be had to gauge whether the feasibility and screening conducted for a proposed development aligns with the Departmental needs. With regard to a WULA, a hydropedology study may be discussed when a proposed development triggers the need for Section 21(c) and (i) water use authorisation as defined within the National Water Act (Act no. 36 of 1998). Typically, a development that has the potential to impede or divert flow of water in a watercourse, or alter the bed, banks, course or characteristics of a watercourse has the potential to change the dominant flow paths within the landscape, and thus impact on the receiving aquatic environment.

Environmental Assurance (Pty) Ltd. (ENVASS) has the internal knowledge and skills to undertake detailed hydropedology assessments, as well as the associated authorisation, for an array of developments. Should you require the aforementioned services, or any advice, please do not hesitate to contact us at info@envass.co.za or on 012 460 9768. 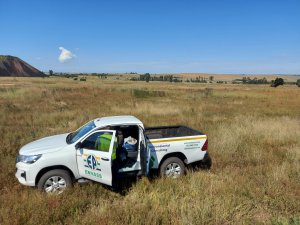 < Previous What are the most severe diseases caused by water pollution?
THE IMPORTANCE OF WETLANDS AND SUSTAINABLE DEVELOPMENT Next > 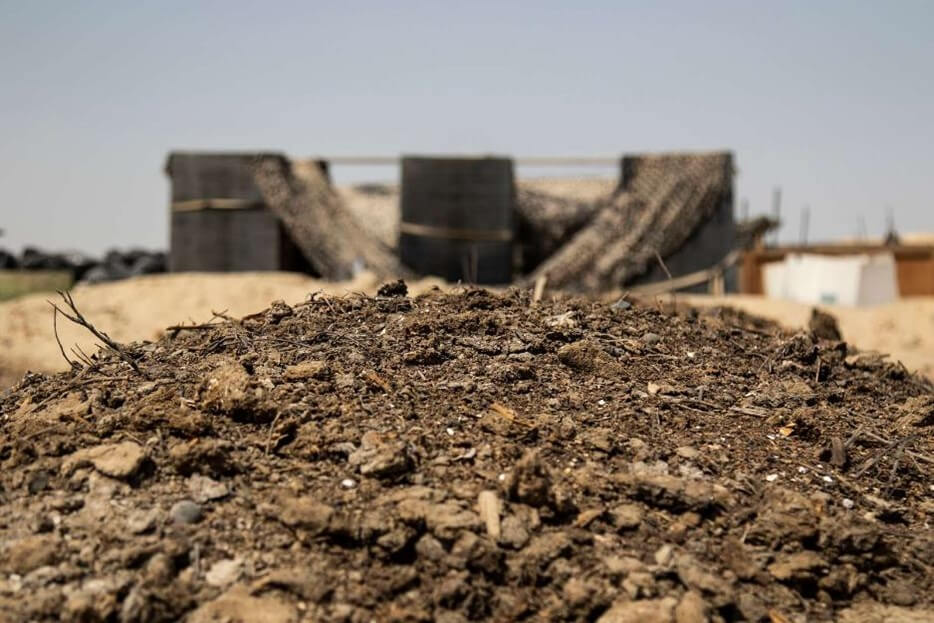 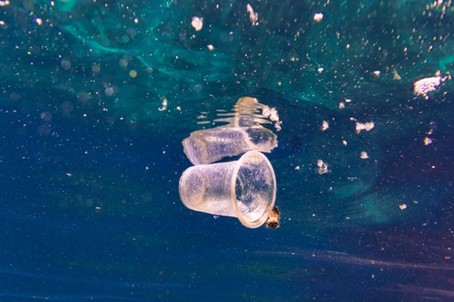 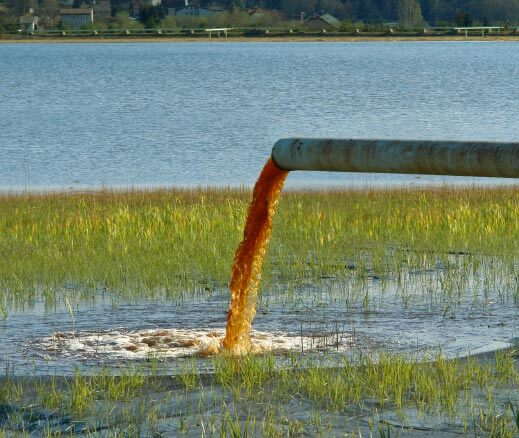 What are the most severe diseases caused by water pollution?